The Choices and Soviet Ice-cream

The Choices and Soviet Ice-cream

On occasion, in our Soviet society during 1970-1980s we had some choices. Vybor (the Russian word for “choice” or “choices”) perhaps wasn’t big. In many products we had maybe two items to choose from at the most, although it was more common to just have one item… or none.

However, in many cases, we did have some choice:

You could have either green or red set of underwear, for men. You choose. And only briefs. No trunks. One flavor in toothpaste. Comrade women had one scent in perfume. It was bergamot with a picture of red Kremlin walls on the bottle. 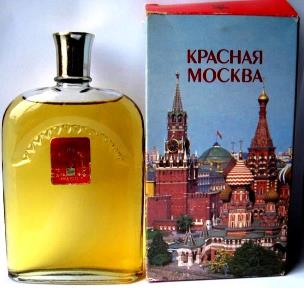 When it came to the toilet paper, it was tough as there wasn’t a choice (and more on that later… it’s a good story, I promise).

What about elections? When it came to the election in Russia, you had no choice. There was only one party… the Communist Party of the Soviet Union and consequently no election. Tough choice it was—really no choice.

But when it came to ice-cream, we had even three choices!
The frozen pinkish icicle with a vaguely identifiable fruity flavor was the cheapest, fruktovoe. It was like an ice-frozen juice, 90% diluted with water plus occasional particles of some mystery fruit (pear?).

Then, there was a better rated ice-cream on a stick, called eskimo. White inside, with a hint of being creamy, it was dipped in a thin layer of milk chocolate. The wrapper had a picture of a penguin, the symbol of Soviet ice-cream. 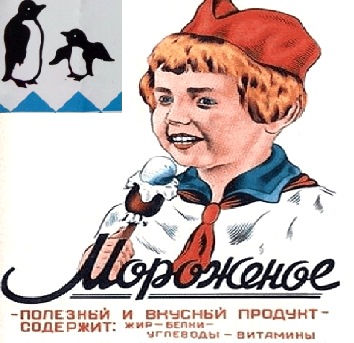 Finally, there was soft vanilla ice-cream in a waffle cup, my favorite!
It was called plombir. In the 1970s they didn’t cheat us and filled it down to the bottom, with two full scoops: 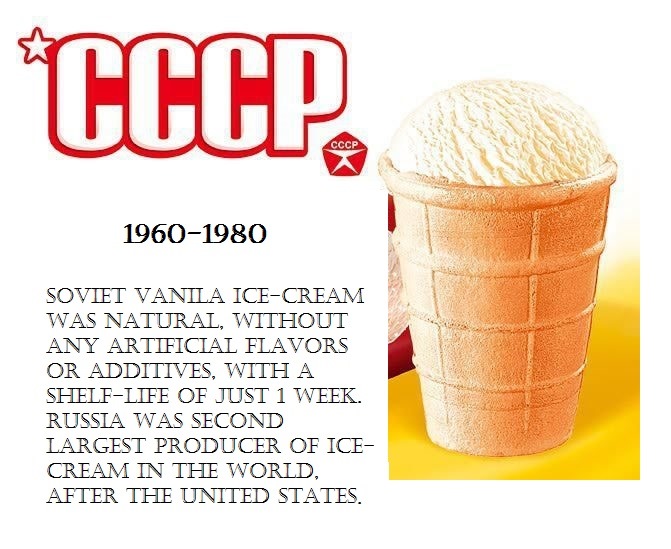 In the late 1980s downtown Moscow already practiced “half a cup” or even less than half a cup – and while buying the entire waffle cup (or you thought so) you’d get only half of it actually filled with ice-cream, if you were lucky. You bite into it and there’s a gap and … nothing. It’s over, except for the waffle cup. 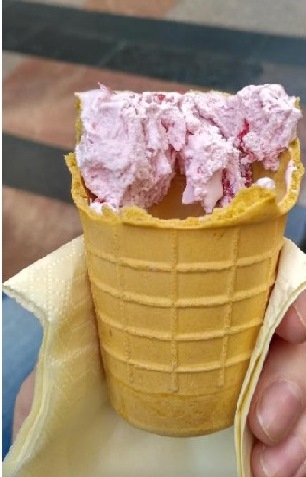 In the winter it was uncommon to see Russian citizens walking down the street and eating ice-cream. While covered with ice and snow, we were also essentially eating ice. Hey, you would too, if you lived during Perestroika! We had to eat something.
But at least, we had that ice-cream, and we did have choices there.
Three, to be precise.

The main new Russian word for today is NYET. It means “no.”

And don’t worry, we’ll practice it all next time!