Not so long ago, after twenty five years of living in America, I was asked to do a presentation about Russian culture at one of the American public schools. There were representatives from other cultures too. Several guest speakers shared their cultural experiences. A woman from Germany went ahead of me, talking about German food and sports. There was a man from one of the African countries, from Kenya, talking about hunger and how children in his community were growing up. They were wondering “if they would eat anything that day.” To not to think about food, they would play soccer.

Then it was my turn. I was so nervous! I could have talked about my dad watching soccer (football in Russia), or about my mom cooking the famous beet and cabbage soup, borsch. But how could I explain my Russian culture to American children? The question was challenging.

The night before my presentation, I meditated, thinking hard about it. Then a good analogy came to me. We don’t even realize what our culture is — until we are taken away from it. So, what I told my audience the next day was that:
“Culture is like air. We breathe it. We are in it. We don’t realize how much it’s part of us and our everyday living. It’s everything surrounding us from birth, so we hardly notice it. Take us out of this culture, and place us in another culture — only then we will begin noticing the differences.”

Students seemed to understand this analogy, as we began comparing culture with “air.” You may go to France, and there will be all these different smells, like the smell of French bakery (boulangerie), for example. In Russia, there would be some very distinct smells too, like the smell of our famous beet and cabbage soup (borsch) or even a more pronounced smell of cabbage in all cabbage soup shchi (Russian name for sourcraut soup). The smell of Russian black bread was also very distinctive, especially when you’d make the first cut. It was gray, brick-like loaf of rye bread, which in Russia we call black bread. But how would I distinguish and isolate cultural nuances like smells, and sounds, and so many other things, if I had never left that culture?

There was this unforgettable smell, or rather sense of freshness in the spring air, as snow was beginning to melt in Russia. Many little streams were trickling down the road from our apartment building. When the snow started melting in Moscow, it revealed what was underneath: dog poop all over city, well preserved. But we didn’t care and didn’t even pay attention to it, because it was less important than the most important thing in the world for any Russian: Spring was coming! Spring meant the beginning of a short warm season in Russia. At my own risk, I would tear my red and black crocheted winter hat (with its pom-pom) off my head, exposing my ears to the still-cold and windy, piercing spring air. Little boys were putting paper boats into the small streams of melting water, splashing their boots in huge puddles — getting scolded by their babushkas, from their cracked apartment windows. “Get your ass back home right now, Ivan! I am gonna slap your behind, just as soon as you get here! Why the hell did you get your feet wet?!” Spring in Moscow – how can I relay that to American people? I wasn’t sure that I could.

My sheet music smelled like home. So did my Soviet books from the 1980s. Any Russian knows that smell! Their smell is like nothing else — the prominence, security, the imperishability of our Soviet land… like home. Their pages were yellowish-gray, with hardly any color pictures. Even in the children’s books, the pictures were often blurry and hard to recognize, but the smell was still distinct, starchy – bound up with flour glue. I loved the smell of old Soviet books. For me, they smell like my old country, which is no longer there. Russians no longer use that old bookbinding technology. The new Russian books, so crisp and now digitally illustrated, with clear images, just don’t carry the same scent. Sometimes I order “vintage” Soviet books, just so I can smell them. It’s the smell of my childhood. And I am not certain where my childhood memories end, and my Russian culture begins. It all seems to blend together now. 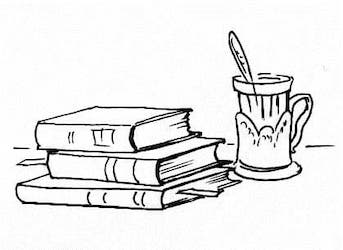 The American students listened with fascination. They seemed to especially like the way Soviet laundry was done, by hand, and hung on ropes in the courtyard or inside our Russian apartments. That all seemed new and unusual for them. Students began asking questions about the Russian way of doing laundry.

Anything new to you, when you travel, which native people take for granted – that’s culture. They may be used to it, their native ways, their native ways of life, but to you, a tourist, a visitor, a newcomer, it’s something new and unusual. That’s when you know it’s part of the exotic culture you are visiting.

Openness to another cultural experience may actually become a part of one’s culture. There are parts of the world which are very open and welcoming to other cultures, while more “closed societies” are not. Russia was a closed society before the collapse of the Soviet Union. 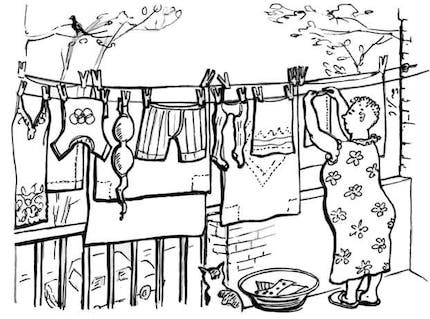 Newsletters are published monthly to keep you up to date on all the news (new posts of interest, new recipes, new Russian words to learn, and more).
I looking forward to sharing all this with you.

There will be no obligation or third party announcements.