Very few people in northern Soviet Russia had pets.  Pets were also rare in the Soviet central parts, like in my hometown Voronezh.  Some Russians kept hamsters as those didn’t require much food or space.  A large pickle jar lined up with cotton served hamsters as home.

However, in the 1970-1980s very few Russians had a cat or a dog. Housing was a big issue and definitely, there was very little space. It was not uncommon for an entire family to live in one small room.

We were lucky! In 1980, we got our own place, our own apartment in Moscow. It was a modern multistory building with twelve floors and most unusual for Soviet Russia, an elevator.

There were 300 people in our apartment building and only one family had a dog. Hundreds of people were watching the lucky dog owner walking that dog every morning in the communal courtyard.

Another family had a cat, a grumpy looking Siamese. The cat belonged to an old babushka who walked that cat on a leash outside the apartment building as she had no balcony.  If anyone else had a cat or a dog, or even a fish, we would have instantly known about it given the lack of privacy. Community news spread very fast.

Our family was very unusual when it came to pets. One day, on one of our forest walks, we found a porcupine and brought him home… to discover a few days later it was a pregnant female.  Soon it gave birth to several tiny porcupines underneath my parents’ bed.  After a couple weeks, we took the porcupines back to the forest where they all belonged.

For a while we also had a turtle named Chapa who I was personally in charge of feeding cabbage leafs.

Our parents also had a huge fish tank with some very interesting fish.  My father worked for the Institute of Biology and Development.  Whenever we opened our refrigerator, there sat a white paper wrapping with tiny live worms which my father brought from work… a little something for the fish to eat.

One day, perhaps as part of his scientific experiment, my father brought home from work two huge blind albino rats. The rats were called “Hunter Rats.” They were American rats, white with black stripes and long pink tails. Those two rats lived with us for several months and they were great pets. Then one day my father took them back to his Institute, and there was nothing I could do.  The American rats had to go back to work, but I missed them dearly.  So I think I was searching for an opportunity to get another pet and keep it.

When I was about nine years, one day by our communal trash cans I saw a tiny black kitten… very hungry searching for food and meowing loudly. I picked him up and he purred, so I brought him home.  My mother was very kind to feed him and she allowed me to keep him. We called him Sen’ka. The kitten was probably six to eight weeks old and full of fleas. We had no flea medication, but we gave him multiple baths.

Another thing was cat litter!  No one had “cat litter” per se. We tore up some newspaper “Pravda” (“The Truth”) in tiny pieces and put it in a small plastic container in our bathroom. That was the kitten litter. Mom and I took turns changing The Truth, Pravda, cuttings.  It was laborious enterprise, but to me it was worth it because there was nothing like owning a pet!

Sen’ka was growing up a very smart and grateful kitten. During the first year of living with us he would join us on long family walks. He would run after us for several miles, across the railroad tracks and into the forest, all by himself. The kitten would then hang out with us in the forest during our family picnic. Then, he would follow us back home. We didn’t need to carry him. He was part of our tribe and he dared not to separate. 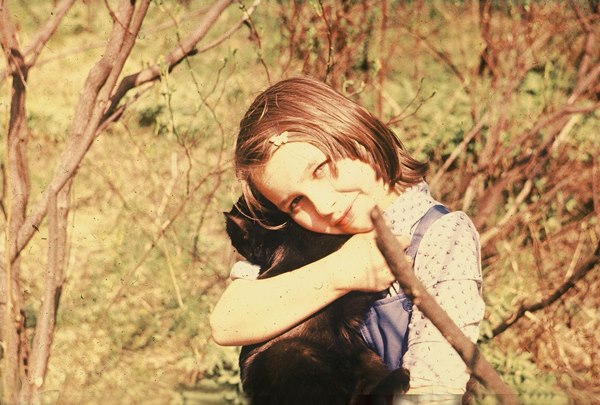 In Russia we never heard about neutering or spaying, so Sen’ka never got neutered.  He had access to our balcony where he zealously watched the birds. I was so worried that he might fall from the 12th floor because he was seating right on the narrow balcony rail!  But he never fell.

What Sen’ka did instead, is he ditched us.

One day, in spring, when he was about two and a half, he just left us. Someone must have been taking the trash out and left our apartment door ajar. Sen’ka escaped through the door and got away down the staircase becoming a community cat.

A year later I was surprised to see him in the park on a tree. Sen’ka recognized me. I called him by his name and he came to me.  I petted him and brought him home back up on the twelfth floor.  Mom fed him some small frozen fish called moiva (capelin), his favorite.   After eating, Sen’ka was ready to go back outside.  Once having tasted the freedom, he did not want to be locked up inside anymore and so we let him go.  I missed him a lot.

Here you see Sen’ka on a balcony, his favorite observation point: 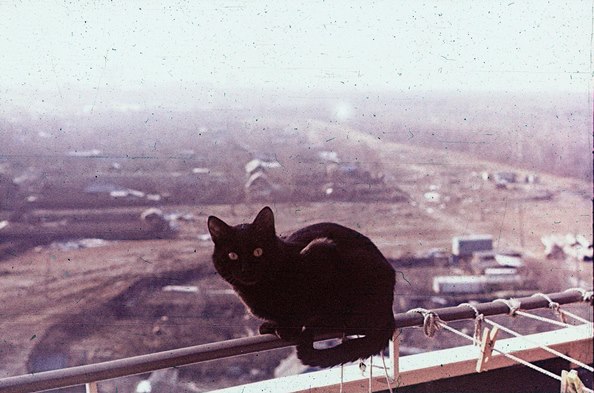 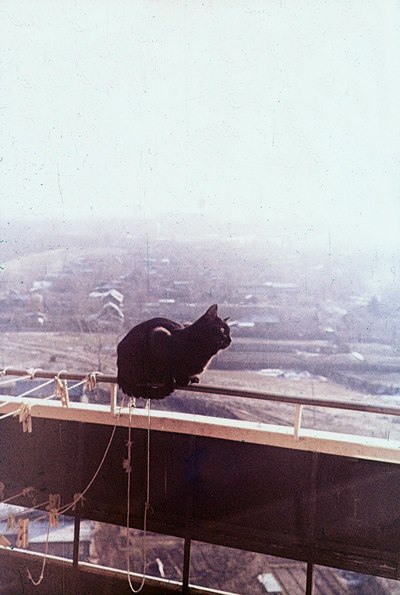 So even though owning pets in Soviet Russia was most unusual, I remember having some pets around: our turtle Chapa, our kitten Sen’ka, American hunter rats, fish, and that pregnant porcupine…

Thanks to my parents who allowed us that opportunity, we grew up with several different pets, observing different forms of life and feeling that strong connection with nature.

Sobaka is a generic name for a dog in Russia

Tarakan – cockroach (though not quite a pet, but in Russian apartments how would you go without it, unfortunately…)

Best wishes to all of you, Pet Lovers and Soon to be Pet-Owners,