In Russia we had snow in October and snow in November, snow in December and definitely snow in January. We had snow in February, for sure, and without fail – snow in March…

Snow in April was a given, although toward the end of April it was usually beginning to melt. But when I stood in our school yard in front of a large snow pile at the end of May in 1985 that got me thinking:

Is this why they call it a Cold War?

We lived in a land at least half of the year covered in snow. We were covered in snow 7 or 8 months out of the year. Another 4-5 months we were poured down by rain and blown off our feet by the strong cold winds, while walking through puddles and mud.

And you expected us to smile and be friendly?!

Look at the map, above Canada line. That’s the latitude where Russian warm South begins.

We, the Soviet Russian snow-men and Russian snow-women were like the symbol of the ultimate human survival. We were resistant to cold and snow and anything you can possibly think of (except maybe for American Pepsi and Levi’s, and later on burgers and hot dogs). Those were irresistible, of course. That would make for another good story… 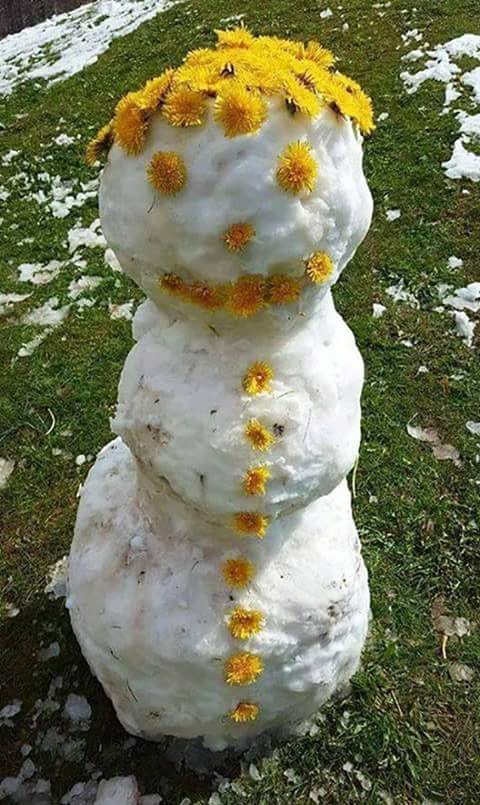 Russian Snowman (snow-woman?) in May 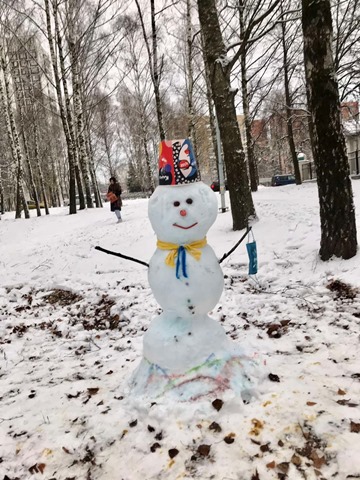 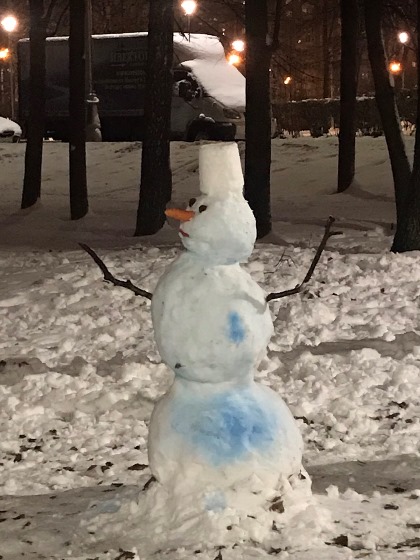 Try this new word for fun. It means snow:

The Russian word for snowman is SNEGOVIK.

Snow-woman in Russian is SNEZHNAYA BABA,

(women, of course, are more complex)

Next time is the Midterm exam, so study hard!