Up to this day in Russia this traditional socialist holiday, March 8th the International Women’s Day, is celebrated as an official state holiday.

During Soviet times, in Russia March 8th was celebrated as a combination of Mother’s Day and Valentine’s Day, for women only.

March 8th was the only Soviet holiday in Russia not accompanied by the military parades or fireworks!

For most Russian men it’s a day to acknowledge their mothers and wives, grandmothers and sisters, and do some kind of a nice gesture. Usually men try to help their loved women with some household chores on this particular day – to relieve women of their traditional labor…

It is also a day to present women with some flowers. The most common traditional flowers on March 8th in Russia have been branches of willow with some fluffy buds or the tiny puffy yellow flower clusters of mimosa: 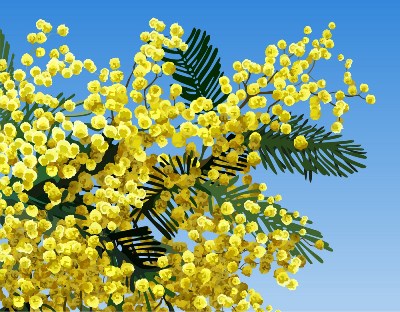 If Russian men could get their hands on some other flowers such as daffodils or carnations (usually imported from the Soviet Southern republics), those were also very traditional gifts and often bouquets of choice for Russian women.
But perhaps one of the most amazing winter Russian flowers presented on this day to women was the white tiny fragrant lily of the valley (called lAn-dysh). 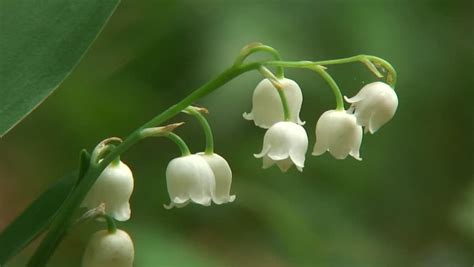 Although many (most) Russian territories were still covered with snow, this day was also traditionally designated the coming of spring with hopes for snow melting. So, if someone could find snowdrop flowers under the snow, that made such an amazing gift! Snowdrop flowers, podsnEzhniki in Russian, means “under the snow.”

As for the international history of this Russian holiday, I was very surprised to learn that the origins of this Soviet holiday lay in American history:

In 1910, delegates from the United States socialist party and women’s suffrage movement arrived in Copenhagen for the Second International Conference of Socialists, where they met with the famous communist Clara Zetkin, the communist leader. At that 2nd International committee led by the American socialist activists, it was proposed to have it as a socialist holiday, a day free of labor, and as an opportunity to conduct meetings and demonstrations for women’s rights.

Today that socialist history of the holiday is much forgotten in Russia. What’s remembered by most Russians today are that this is a holiday to celebrate the Women and Spring, much like on a Valentine’s/Mother’s Day. The abundance of flowers on this day reminds us of the most important things – beauty and Love.

After all, in Leo Tolstoy’s words, “Beauty will save the world.”
And the beauty of human kindness to each other, if I may add.

The new Russian word for today is MIMOZA.

It means “mimosa,” the flower. Every now and then Russian can be easy!
Same emphasis as in English. But you have to pronounce “Z” at the end like in “zebra:”

You can also try saying snowdrops in Russian:

Pod means “under”, and sneg is snow.

But even if you have to stick to mimosa (with a “z”) for now –
you are still doing amazing!

Best Wishes and Happy Spring to You All!